Nancy Alungat was born at a District Hospital in Western Kenya, but at birth they missed her clubfoot deformity in her right foot. When she reached 1 years old her parents realised she had a problem. They took her back to the Hospital who attempted ponseti treatment. Unfortunately, it was too late for this to have any positive impact. As this progressed they eventually gave up because of the financial burdens. 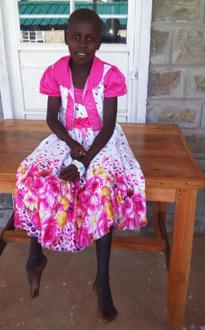 As Nancy grew older and attended primary school she realised she was not like other kids. She would often be excluded and mocked by her peers. They would call her “the disabled one”. This damaged her confidence.

She started skipping school until her parents eventually found out. Nancy is now 13 years old and this has always been difficult for her, especially as she enters secondary school. She dreamed of being able to run and walk like other people.

This dream never looked likely because of the financial situation of her parents. Yet by God’s grace they found an answer when they were visited by a DMH outreach team in their local village. 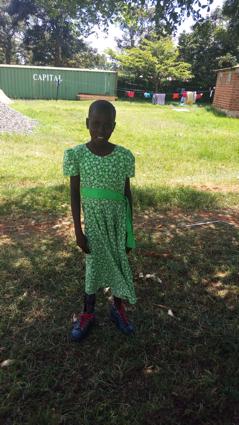 They took some time to be convinced that this surgery could be free. They came as quickly as they could to be booked for surgery. When the time finally came, the surgery had to be postponed because of severe wounds on her feet that had not been properly looked after. They were disappointed, but were explained the importance of hygiene before surgery. The second time she came she was admitted and went bravely through surgery. She has finished 6 weeks in cast, now in AFO Splints and progressing well. For her what has been most exciting is going into her new secondary school and not being known as the “disabled one”.

She looks forward to a complete recovery and is now concentrating better at school. Her family are so grateful for this service that has changed Nancy’s life.