There was joy and dancing in Kimaeti LTU during a ceremony to mark the official handing over of a new house for Agnetta, a 54 year old widow from Mayanja Village.

During the event Agnetta was dancing and singing local Bukusu songs exalting the Lord, surrounded by local leaders, members of the local IcFEM village fellowship and Mercy & Justice team from IcFEM HQ, her neighbours in the community and even her only brother who had all joined her to celebrate. This was quite a transformation from Agnetta the way she was even just a few weeks before. 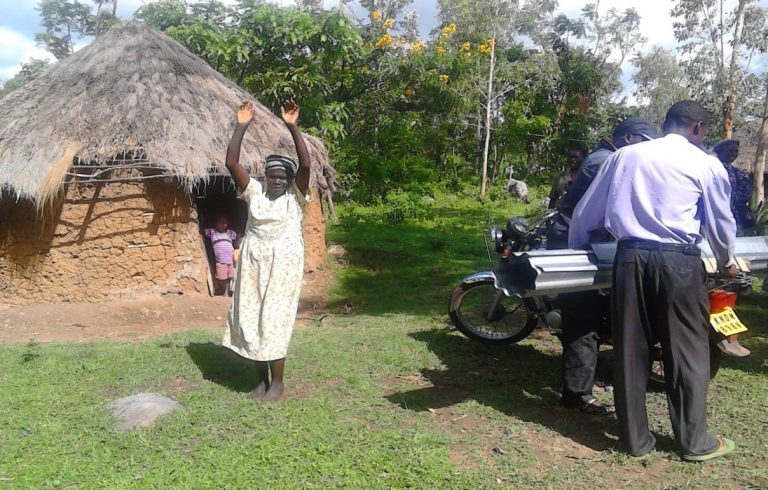 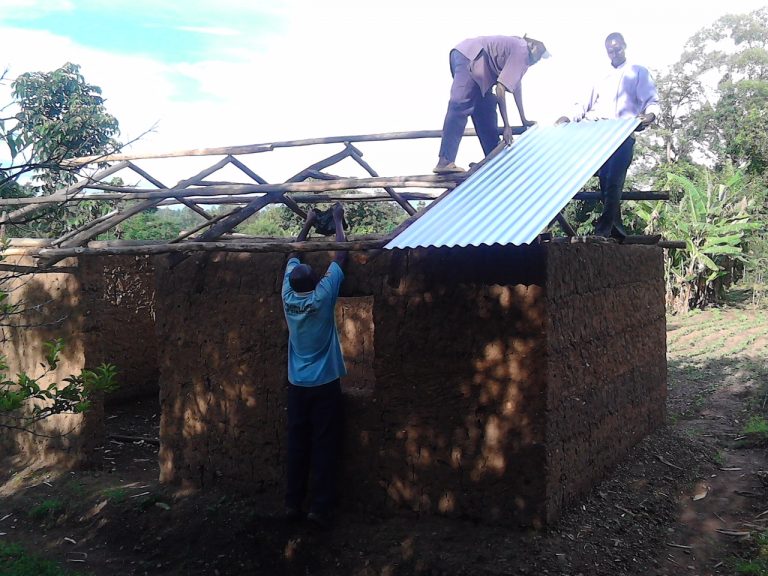 The handover of the house was a moment of joy for the entire village as Agnetta shared her testimony. The past few years had been full of trials for Agnetta. Her husband died in 2010 and she also lost a son, leaving her to care for one son who is mentally handicapped and for the grandchildren of her late son. She had been living in poverty; her small house was full of holes on the roof and the wall would fall in at any time, so she used to cower in fear in the corner of her house every time it rained praying that the roof and walls would not fall in on her. Her life had been full of sorrows and sadness. 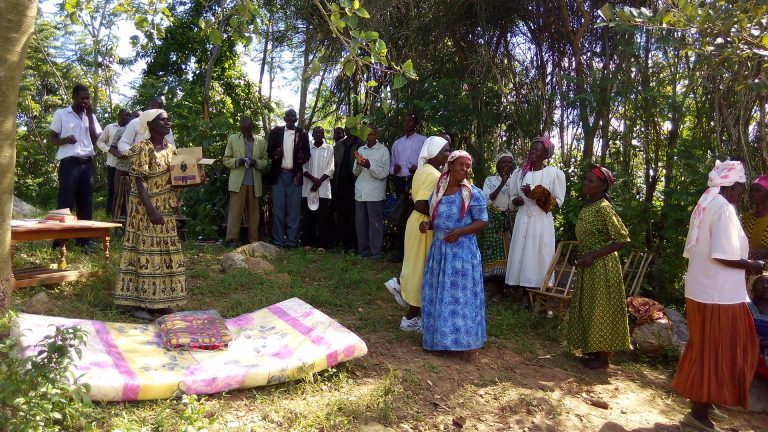 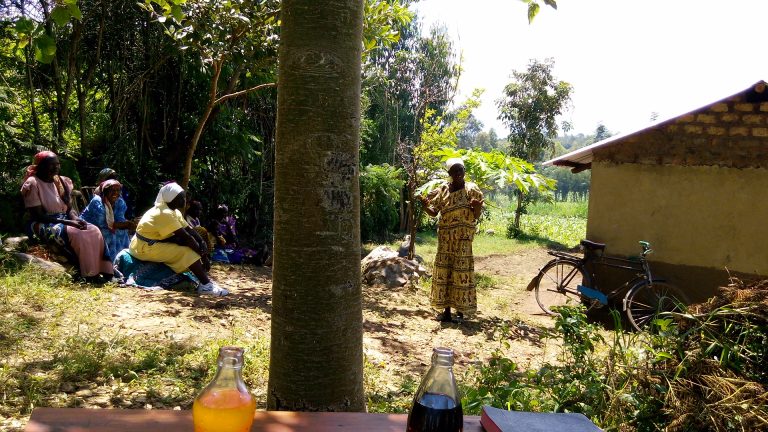 Her life changed when she started going to Mwangaza Church near to her home at least to seek for God’s intervention. She was encouraged to join the IcFEM village fellowship to strengthen her faith, and in doing so members learnt of her needs and resolved to help her and along with two other two needy widows in the community in urgent need of shelter.

We praise God for this initiative because it does not only bring joy to the family and village but also brings the members close to God. The community showed full participation during the process, they supported the project by contributing materials for the house construction, and later on they gave Agnetta gifts of food, blankets and a mattress to bless her in her new home, and spent time with her. This demonstrated clearly how the community was united and cared for others.

The IcFEM Mercy and Justice Committee – in partnership with their nearby fellowship in Kimaeti LTU in Siboti Ward came together to rescue Agnetta from the falling house. People gathered together to obtain resources for the project and plan the work, and when Dominic from the IcFEM HQ Mercy & Justice team arrived with iron sheets the community joined in to complete the work – a safe, secure and dry home for Agnetta to live in. What a transformation.

The word of God was shared so powerfully before the house dedication ceremony, and thereafter there were prayers as the house was officially handed over to her. We did also tell them about ROPE, our partners who are behind Mercy and Justice Pillar work. Agnetta shared that “since the demise of my husband no one has been visiting or has been concerned about me, but today God has send angels in my home”.

Agnetta is now an ambassador for the Mercy and Justice work of IcFEM in the community, encouraging her neighbours to join the local village fellowship and to learn more about God.